You never know what might happen in your field of business, or even within your own firm! Learn from other businesses’ mistakes and stay ahead of the innovation curve. This article originally appeared on the MYOB blog. ~WizeOwl

You’ve heard about disruptive technology – but it’s not until you see real-life examples of long-established, businesses failing that it becomes clear just how disruptive these can be.

For Blockbuster Video and Kodak, change came in the form of new technologies that rendered their businesses obsolete.

But disruption doesn’t always mean high-tech gadgetry – it can be a fresh take on an old model that revolutionises an industry.

The businesses who’ll survive any innovation will be the ones who have both the agility and the attitude to make big, brave shifts in their business.

The ones who don’t – including some famously spectacular failures – rest on their laurels and try to maintain the status quo, rather than using their dominance as a platform from which to make their next big leap.

Taking success for granted and failing to adapt to a changing world has caused many businesses – large and small – to fail. But how do you know if your business is next?

Here’s what happened to Blockbuster and Kodak – two of the most memorable closures of the past few years.

Blockbuster was the dominant player in the video rental industry. At its peak, it was worth more than $5 billion, with more than 60,000 employees, 8,000 stores in the United States and millions of customers.

The company had dipped their toe into the world of video-on-demand, where subscribers would have their choice of films delivered.

In 2000, a partnership with Enron to launch an on-demand service was terminated within a few months. That same year they passed on the chance to purchase a young Netflix, then still a video-on-demand service.

It wasn’t until 2004 that Blockbuster Online launched. While late in the game, the service probably could have been the start of something big for the company, except that they failed to innovate the rest of their operations.

They still had stores and staff to maintain, and relied heavily on charging late fees to do so. This left them in a poor position to compete with Netflix, which charged no late fees and offered an expanding variety.

Just six years later, the company filed for bankruptcy protection, its last few stores were bought out, and the brand mostly retired.

Kodak – head in the sand

The company was once massive, with 140,000 workers, and a brand value ranked alongside Disney, Coca-Cola and McDonald’s.

Unlike Blockbuster, Kodak weren’t disrupted by a young and hungry competitor. It was the digital camera, which one of their own engineers, Steven Sasson, actually invented.

The company, rather than taking the bold leap away from their lucrative film sales and into digital media, simply tried to pretend the innovation didn’t exist.

As Sasson said, “…it was filmless photography, so management’s reaction was, ‘That’s cute—but don’t tell anyone about it.’”

But it did change, the digital camera and Kodak’s decline were inevitable.

Often, it’s the very nature of dominant companies that spell their demise – they are slow and unwieldy, like lumbering cruise ships – almost impossible to turn around.

The successful ones work to make sure they have agility built into the culture and operations of their business.

This means giving people and departments room to ‘fail’, which allows for and encourages those risky but essential innovations.

Google famously has a 20 percent time policy, where a portion of each employee’s time is devoted to innovative projects.

But if your business isn’t set up to run efficiently and intelligently, all the innovation in the world won’t help.

That’s where a smart, customised ERP system comes in.

It gives you operational oversight, and a true idea of the risks and rewards of any new venture.

At the most basic level, a good ERP system  automates many of your day to day processes, giving you and your staff more time to work on strategy, product development, and trend forecasting.

It also takes a level of agility and efficiency that most companies don’t have. Those who are brave enough, smart enough, and organised enough to do so will continue to dominate.

Nobody thinks that their business will go the way of Kodak or Blockbuster – but then, neither did they.

If you want to keep ahead of the pack, then you need to be innovative, agile, and ready to react.

And if that doesn’t sound like your business, then you need to start thinking about what to do in order to change. Now.

Want more time to innovate? Bizwize has the technology and expertise to help. Contact us today. 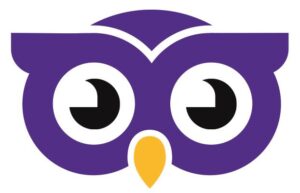